Friday morning was our last day in Lithuania. How could our time here already be at an end? Again, two main things on today’s list. The first was an item that I had been looking forward to for weeks. Our guide had located the author of the 2-volume Nemunaitis collection and had arranged for us to meet with him directly. In addition, Thursday night, Albertas had called our guide again and was disappointed that we didn’t have much time to spend together during our day in Vabaliai. He offered to show us around Friday afternoon after our meeting with the historian.

item that I had been looking forward to for weeks. Our guide had located the author of the 2-volume Nemunaitis collection and had arranged for us to meet with him directly. In addition, Thursday night, Albertas had called our guide again and was disappointed that we didn’t have much time to spend together during our day in Vabaliai. He offered to show us around Friday afternoon after our meeting with the historian.

Friday morning we were scheduled to meet Sigitas at 11AM. With two hours free in the morning our guide gave us a tour of a few of the highlights of Vilnius. I honestly have to say that of all the days that we were with him, these two hours were his best. He brought us to a lookout spot where we could get a great view of Vilnius and take some pictures. He also gave us a tour of Uzupis, which is a small section of Vilnius that is its own republic and reminded me a lot of the North End of Boston, but with an artsy flair. Lastly, he gave us a tour of the Cathedral in Vilnius and a quick drive by of a few other sites on our way to the restaurant to meet Sigitas. 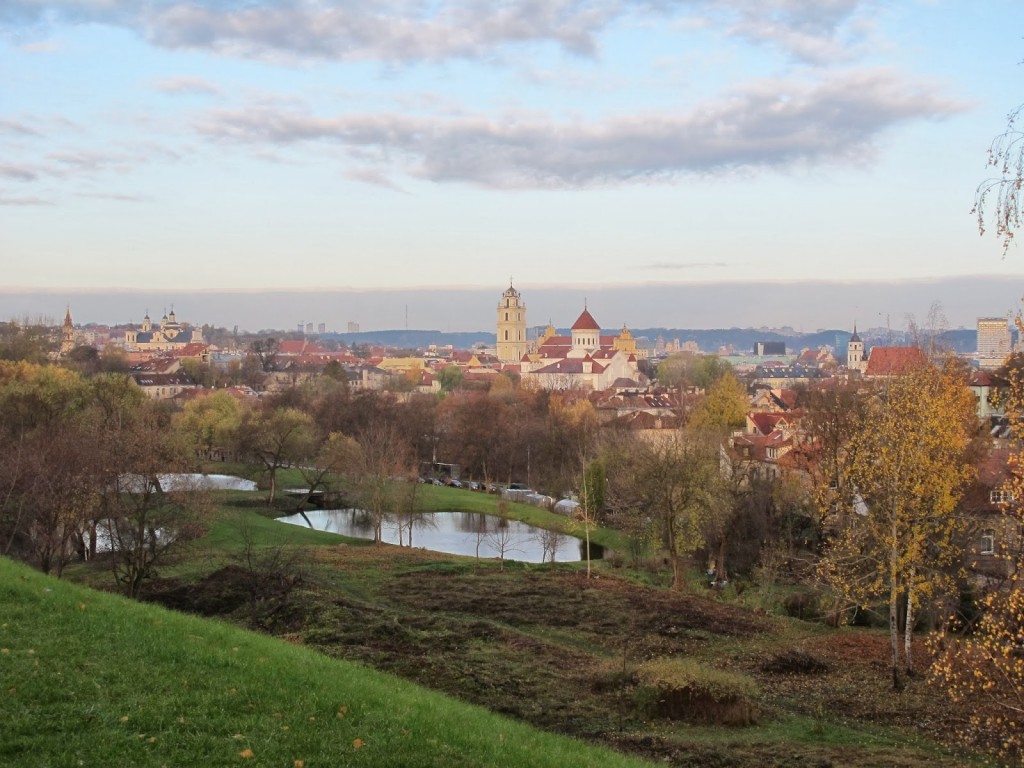 We spent two hours with Sigitas talking about the history of Vabaliai and more specifically about the history of the Maslauskas family. The amount of knowledge that this man has of this area is just amazing. He began telling me when my family moved to the area, where they potentially came from, and what many of them did in the community.

The bombshell that he dropped was that the Maslauskas family actually descended from a noble line. I was thoroughly shocked with this little gem of information. I recorded the entire two hour conversation and I’m so glad that I did. He kept talking and talking and rattling of names of people and names of villages and parishes. I scribbled as fast as I could, but this conversation will have to be listened to over and over to try to get all of the information out of it.

He offered to mail me a packet of information about the Maslauskas family and I graciously accepted of course. I hope that he follows through and sends it quickly! In short, I am so thankful that I was able to spend this time with him and just scratch the surface of his knowledge of this area. 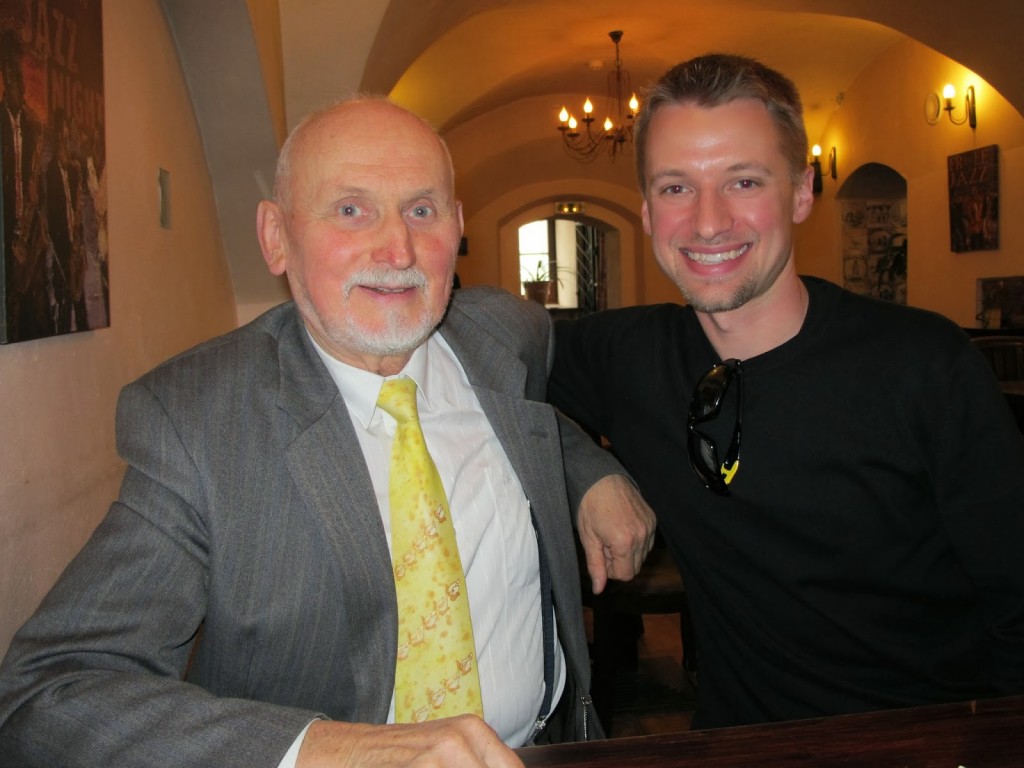 After our conversation our guide transferred us to the train station where we met Albertas. We said goodbye to our guide and followed Albertas aimlessly onto a train. Albertas doesn’t speak English and we don’t speak any Lithuanian so this promised to be an interesting adventure.

I’m not sure if something got lost in translation, but we were told by our guide that Albertas was bringing along a younger Maslauskas that would be able to act as translator for us all. Not seeing another person around, we expected this person to meet up with us when we got off the train. However, when we got off the train – no younger Maslauskas. Instead, his wife met us and we all hopped into the car. At this point, we had exchanged no more than perhaps 4 or 5 words. As we rode in the back of a car of two people who we have not known for no more than a couple hours, I couldn’t help but think that this was a little sketchy and perhaps the plot of some sort of travel horror story. After spending time with the Maslauskas family the other day, we put all our trust in them. As we weaved in and out of towns and traffic, Amy and I had no idea where they were actually taking us!

Finally, Albertas’ wife, Inga, parked the car in a lot. We all got out and began walking along a beautiful lake. As we rounded a corner, Amy and I suddenly knew where they were taking us: Trakai Castle. The location on the edge of the lake looked spectacular. The leaves were changing and the wind was blowing softly. It looked as if we were standing in front of a painting. We somehow made our way to the castle where they bought our entrance tickets and proceeded in.

During the entire tour we again didn’t say more than a couple words to each other, but did a lot of pointing and gesturing. We made it work. Our outing continued after our tour of the castle when we walked out the exit and the proceeded to walk in the opposite direction of the car. Amy and I exchanged glances, shrugged our shoulders, and again followed along. After we walked for a few minutes, Albertas turned around and said “You like beer?” I said “Yes!” He nodded, turned, and continued walking. With every passing minute this afternoon became more and more interesting. 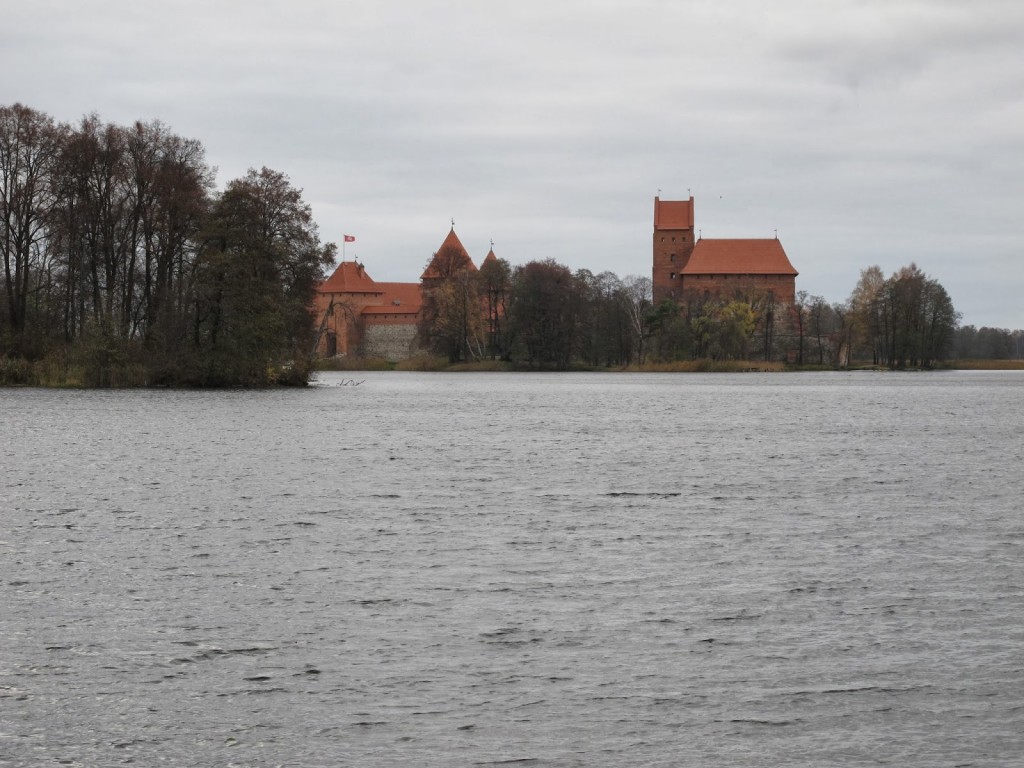 We showed up at a small restaurant that served Kibinai. When we sat down, an English speaking waitress explained to us what they were and they sounded delicious. We ordered and tried to pass the time sharing pictures or simple one word comments. (Kinbinai: When wives would pack food for the guards of the castle, they would wrap meat or some sort of filling in a doughy pouch to keep the food warm). Albertas ordered us beer and we all ate Kibinai in relative silence. These things were delicious. They were similar to a “Hot Pocket” only about one thousand times more delicious.

After dinner we made our way to the car. On the walk to the car Amy and wondered if we would be taking the train back or would they drive us. How would they know what hotel we were staying at? We got in the car and Inga drove out of the lot. Albertas asked about the hotel, but Amy and I had not planned on venturing so far away and had expected a person who spoke English. I said “Gryba Namai – Old Town.”

I’m sure that neither of them knew where this hotel was off the top of their heads. After a few minutes it occurred to me that I had made a purchase at the store next to our hotel that morning. Reaching into my pocket I found the receipt, and sure enough, it had an address on it. I handed it forward, but would this help? They spoke back and forth, but nothing sounded like a confirmation of the location. I couldn’t help but laugh at the situation.

Arriving back in Vilnius, somehow we ended up driving around Old Town where nothing looked familiar. Inga parked the car and we got out in order to see where we were. Somehow, by luck or incredible talent, she parked us right around the corner from our hotel. I was thoroughly impressed. They walked us to our hotel and we parted with all we knew “Açiu! – Thank You!” Even though we spoke no more than a dozen or so words to each other during the 4 hours, Amy and I had an incredible time and were so thankful that they were willing to leave their comfort zone and go on that adventure with us. Spending our last hours in Lithuania with family: What a perfect ending to such an amazing trip! 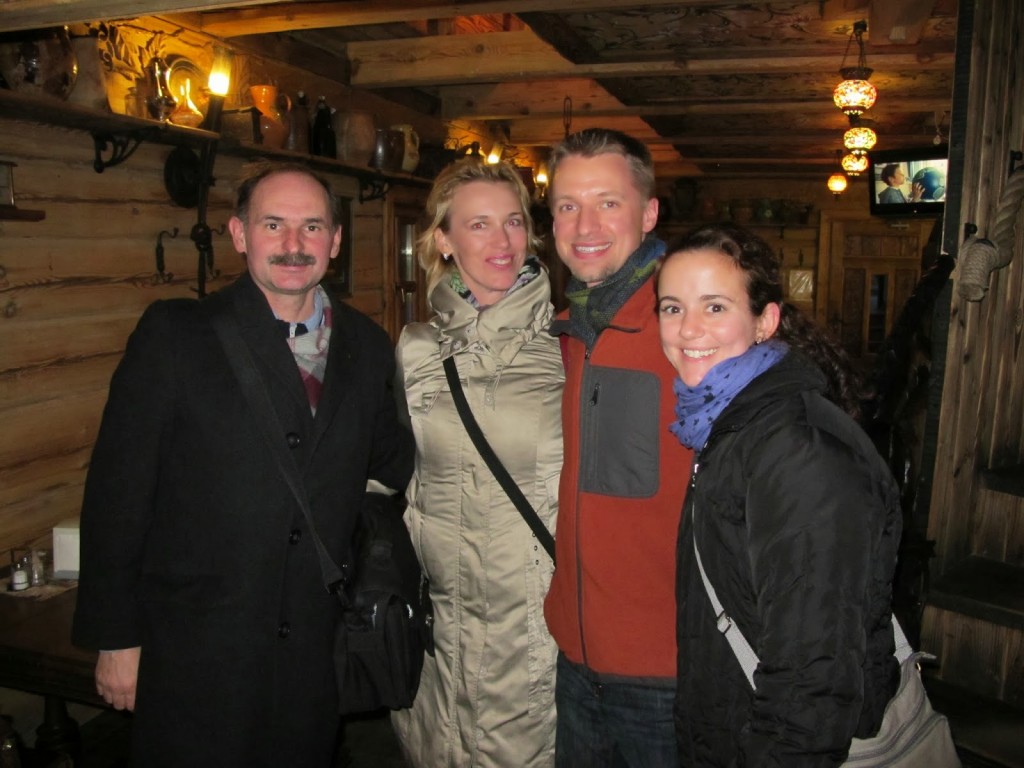