Back north. Torun and Poznan.

Left for Warsaw in the morning, stopping only for water and gas.  We all had dinner at the Holiday Inn where we spent the night again. I had to wash some laundry by hand.

We headed straight for TORUN and took many photos, saw the Copernicus house and his statue, bought a small snow globe of said person, found some very delicious gingerbread, and also what I thought was another fabulous church turned out to be the city hall in the middle of the square. 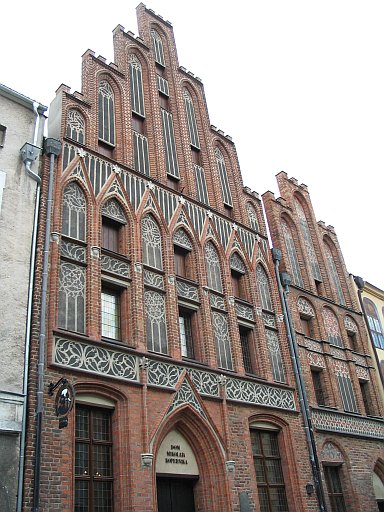 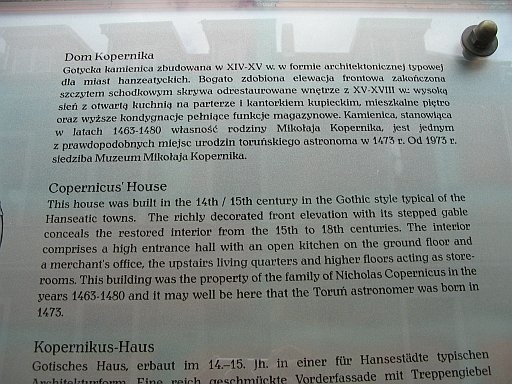 Went to the Tourist Inn, had some dinner (cold cuts, cheese, the usual) tried to sleep on the so called bed (hard as a rock) so I slept in a chair which proved to be more comfortable then the bed. 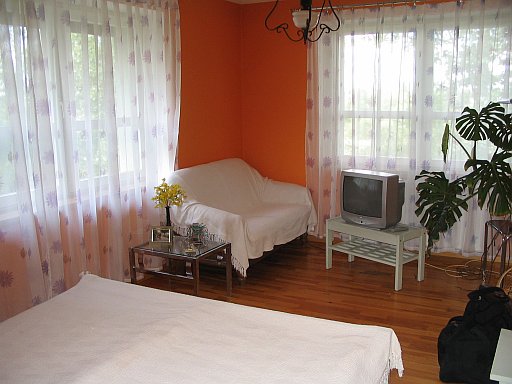 In the a.m. we had breakfast which consisted of (yes you guessed it) left for Poznan which was 157 km one way, 3 hour drive.

One will also see many storks nesting on top of homes, poles and anywhere they want. An old saying goes, “If a stork is nesting near your home, you may be expecting a baby.”

In the countryside/farm areas, the children in the U.S.A. would never make it. There is a lot of walking and I do mean a LOT. Children walk for miles to get to school and back home. The very young to the very old ride bicycles.

When one starts out on a long drive he/she better have a full tank of petrol.

The day started out very dismal with intermittent showers all the way to Poznan. When we arrived in Poznan it was bitter cold and wet, did not get to see much because of the rain. We had lunch at a quaint restaurant and then did some sightseeing. Took a few photos. In Poznan we visited the old square, City Hall National Museum and a windmill farm (power mills). 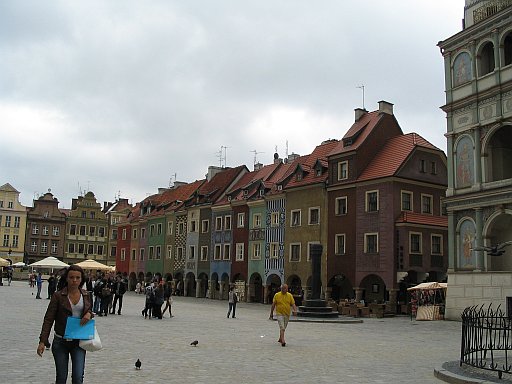 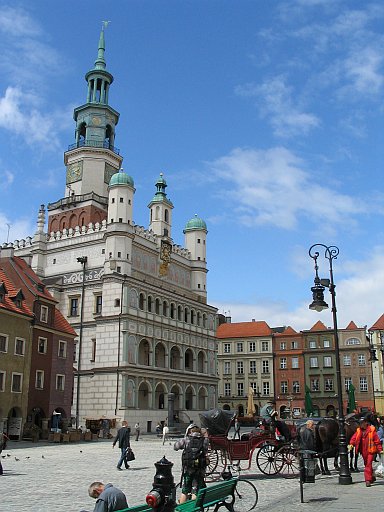 We had dinner at the Agrotourist Inn where we also spent the night.

I used up all five disposable cameras; total number of pictures, 135. Then I started using my digital camera. It seemed whenever I tried to take a photo Zenon would speed up and pass the car in front of us and so I missed a few good photos. The land here is very beautiful, untouched by buildings, stores, homes, it is quite open, a lot of farming, cows in the field doing their thing, Construction everywhere, building new and improving the roads.

All in all, Poland is a beautiful country (just stay away from the big cities). We traveled approximately 1400-1700 km. Poles do eat a large quantity of potatoes, vegetables, non-processed lunchmeats, cheese, and bread, lots and lots of butter (no margarine to be found anywhere).