Our main goal for Monday, October 21st was simply to make a brief stop in Leżajsk in an attempt to break up the 4 hour ride from Tarnów to Warsaw. I had previously found a birth record for a great-great uncle and a few unknown siblings showing they were in fact born in Leżajsk. The records online, where I found this information, begin at 1892 and only contain a few years. Unfortunately, there are additional records online for this location, but I had been unable to find any birth records for siblings born before 1892.  There were probably two reasons for this: The first was that the family could have been located in another village and subsequently moved to Leżajsk around 1892, or the second reason could be that the records online where for a small village near Leżajsk and are mislabeled. 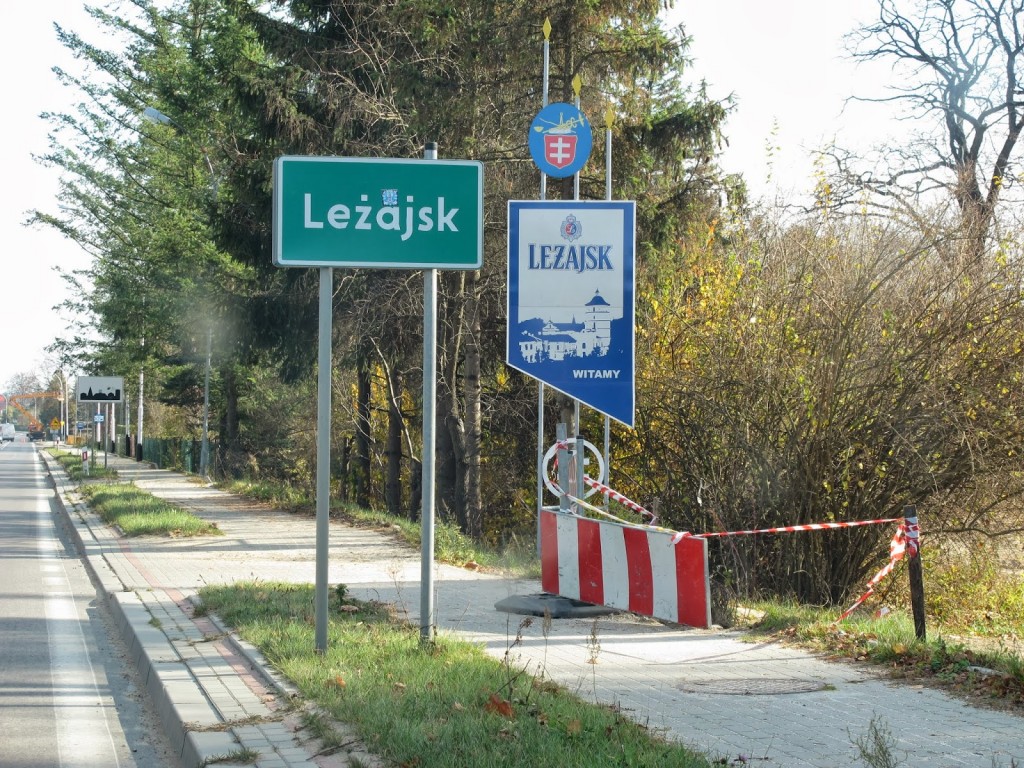 Zenon suggested that we stop not in Leżajsk, but rather in Rzeszów where there is a local archive branch. We could search through the archived records for Leżajsk and see if there was any more information to be gained. Visiting the archive is an entire story by itself and I cannot imagine attempting to research in an archive without being fluent in Polish. Zenon walked us through the application process and helped us request the appropriate microfilms. We loaded the films onto the viewer and began our search. As we arrived at the correct years, we experienced our first failed attempt. These records that we were looking at were the same records that were available online and we would not be able to obtain any new information from them. Because we did not spend more than an hour at the archive, Zenon suggested that we still stop in Leżajsk and visit the parish and town. 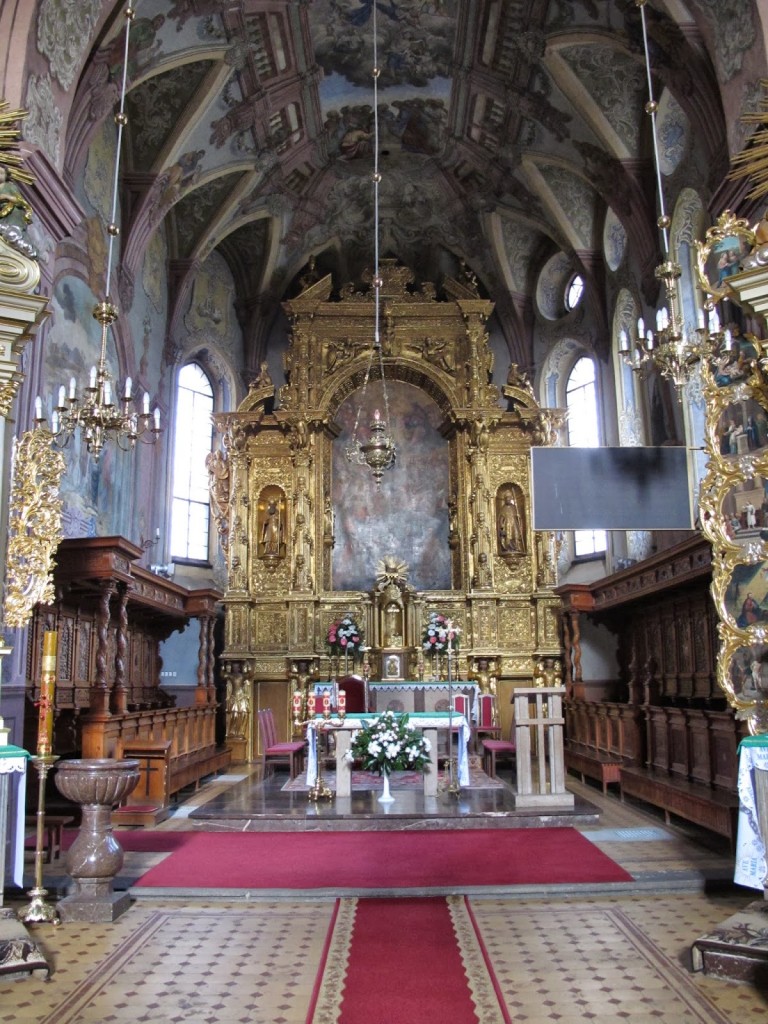 Upon our arrival, we started our tour at the church, of course. The outside of the church and the grounds around it were undergoing a major renovation. The church itself seemed very plain and simple and I’m sure that the grounds will be beautiful once these renovations are complete. As we approached the building to go inside, Zenon stated that he thought he was here before. As we took pictures of the inside of the church, Zenon knew he had been here before. He also stated that he had done previous research in this parish and he knew for a fact that they had additional records in the parish office.

Coming back out into the sunlight, there were quite a few people working around the church and the man who appeared to be the foreman was talking to a man in black. No collar; was he the pastor? Zenon and I exchanged glances and apparently my glance said “talk to him anyway!” Zenon was able to find out that he was the pastor of the church and there were records that were kept in the parish office. He advised us that the parish office would be open from 4 to 5PM that afternoon. That was wonderful news except for the fact that we needed to drive a long way to Warsaw and that it was still before 1PM. Zenon looked at me and said “Do we stay?” I nodded. 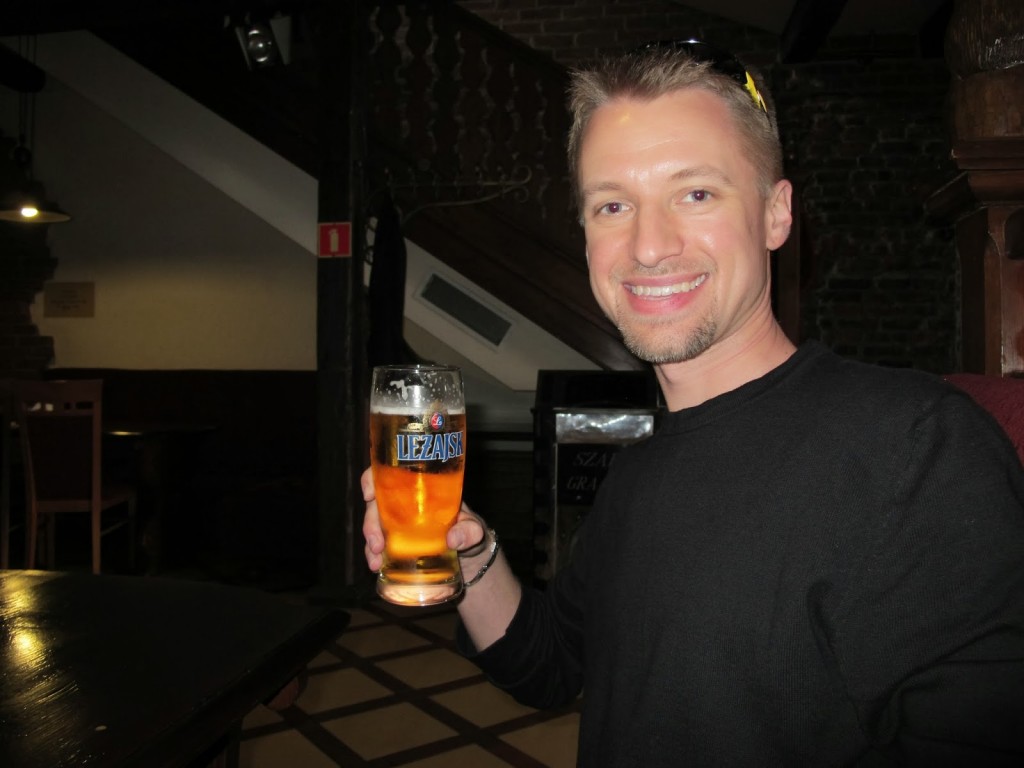 So for the next 4 hours we plopped ourselves inside a café to check emails and plan the rest of our day. We went shopping in the local stores around the square and made sure to stop at an ATM. We also visited a local monastery where I took a picture of an amazing organ! Unfortunately, I choir loft was locked. Lastly, we sat down in a small restaurant where I tried the local Leżajsk beer. I was surprised that it was so good – even Amy drank a glass. Finally 4PM rolled around.

At 4PM we waited outside the door to the parish office. Although I was hesitant to get my hopes up, I had learned to place my trust in Zenon. If there was anything in that office to find, we would find it with him! The priest who was holding office hours was a few minutes late and a few people were now waiting to see him. As he opened the office, we were first in line, but allowed the woman behind us to go first since she had a brief request. As she exited the office, it was our turn. Silently I thought, here we go again! We all entered the office and Zenon began his explanation – by this point he knew my family history, dates, and what I was looking for better than I did. The priest looked at a sheet of paper listing the dates of the records that are kept in this office. Going over to a small cabinet, he opened the doors and revealed two shelves lined with record books. With a quick glance, I noticed dates into the 1700’s. We were first searching for my great-great grandmother, Katarzyna Ozga. Because the records available online were incomplete, I had been unable to confirm her birth date. All I had was 1884. Again, we searched and searched through 1884, 1885, 1886, no luck. We began to go backwards: 1883, no luck. Into 1882, we struck gold again! Katarzyna Ozga born to Jan Ozga and Helena Simko on October 31, 1882. I couldn’t believe my eyes. What I expected to be a quick stop in a village that I suspected my family had lived had suddenly turned into an all out search. We began looking through the books searching for more records. After another record or two, however, there was another person waiting outside to see the priest. He politely stated that he needed to see the next person, but if we wanted to wait he would continue helping us search when he was finished. Again Zenon looked at me and asked “Is it worth the wait?” Knowing he had 4 hours of driving in front of him I shyly replied “If it’s alright with you.” We walked outside to wait.

After about ten minutes, the person left the office and the priest was once again free. The three of us filed back into the office. Record after record we photographed. Frantically searching for anything pertinent, we knew he was only available until 5PM. And then it happened. A few minutes after 5PM he stated that he needed to leave. UGH! He was also not agreeable to leaving us with the records. After giving a donation, he offered to continue searching if I emailed him additional information on what I am looking for. Of course I agreed and will definitely send all of the details I have along to him. Once again, unexpectedly, we had made significant findings regarding my family and their origins.