Today we will travel to Lithuania with Antoni to visit with another cousin and his wife. They live in the town of Wisztyniec (or Vistytis in Lithuanian), which is less than 20 minutes from the border of Poland. On the way to Antoni’s house, we stopped at the area were Poland, Lithuanian and Russian meet. See picture. The Russian sign clearly states, “Visitors no pictures.” After a few pictures on Poland and Lithuanian soil we were on the way to Lithuanian. 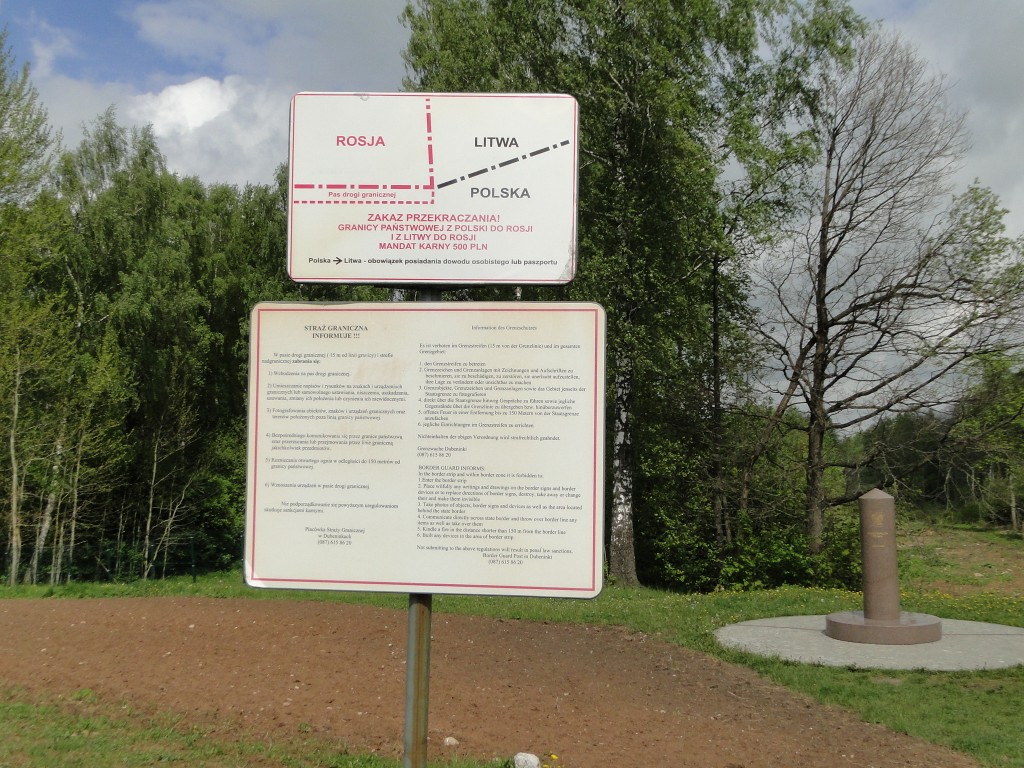 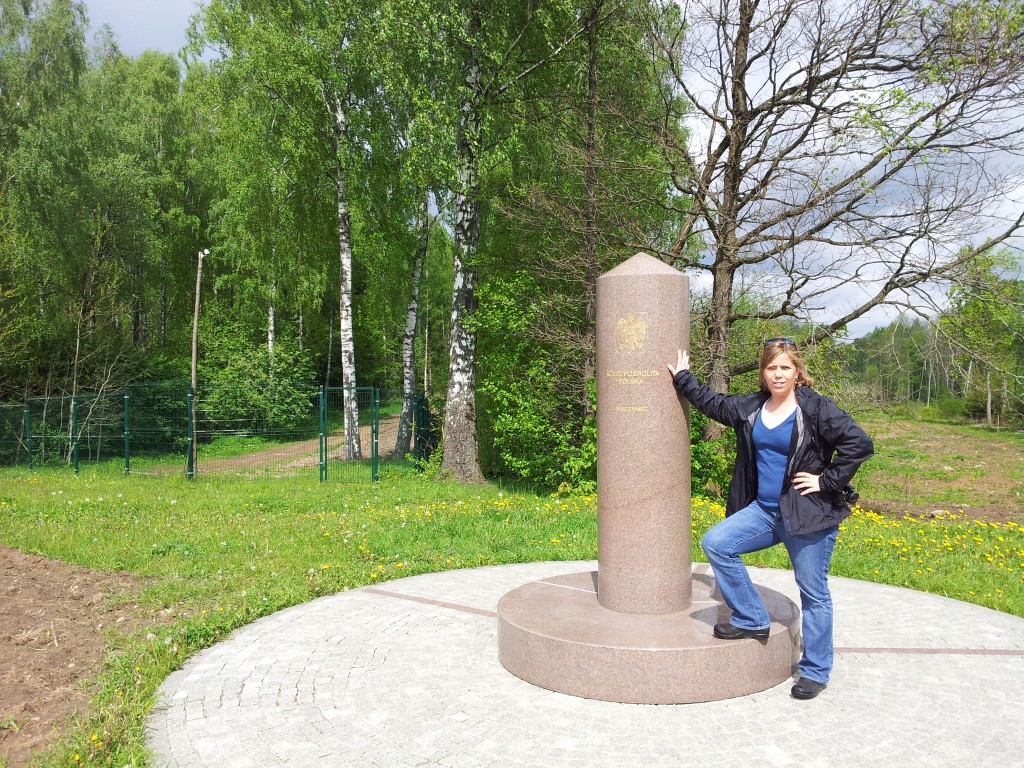 We arrived late morning, spending the day talking about the family, viewing old photographs & current political issues. My Grandmother was the oldest of 10 siblings; she was the only one to come to America. Her mother my great-grandmother purchased one ticket on the train to Bremen Germany where the boats left for America, hoping for a better life for her eldest daughter. 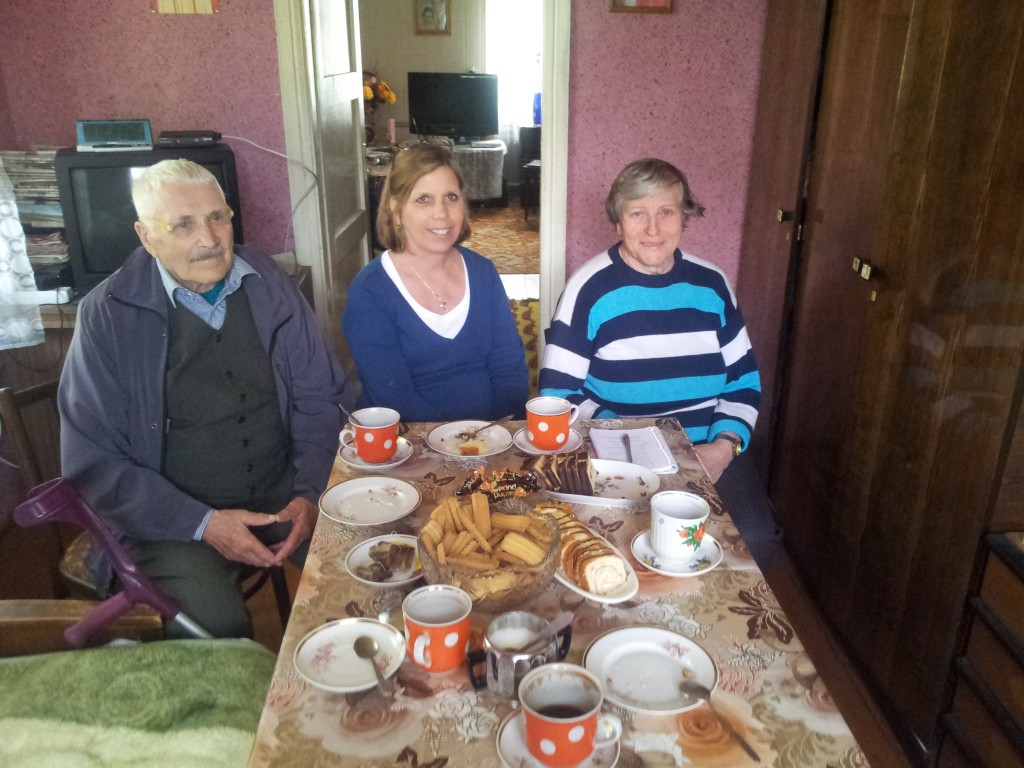 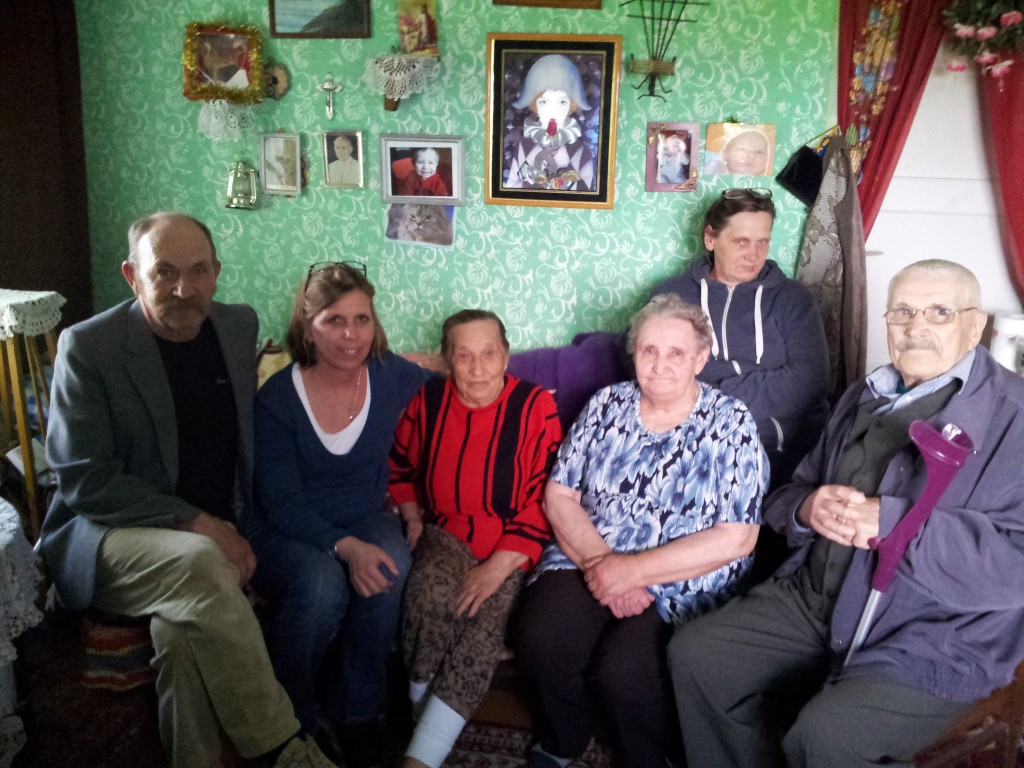 On the way home from Lithuania we visited Sophie. She was married to Bronislaw who’s mother was Kamila, my grandmothers sister. Sophie was very excited calling her son and cousins, who arrived shortly to the house. We made plans for the following day to visit Marian and his wife and other family members.

Watch the video recorded during this one day trip to Lithuania: