Why confirm your Polish citizenship?

– open access to the EU work market
– smaller fees at the EU universities for the EU students
– shorter queues at the EU passport control.

The second reason was the emotional value attached to having back the citizenship of one’s ancestors. 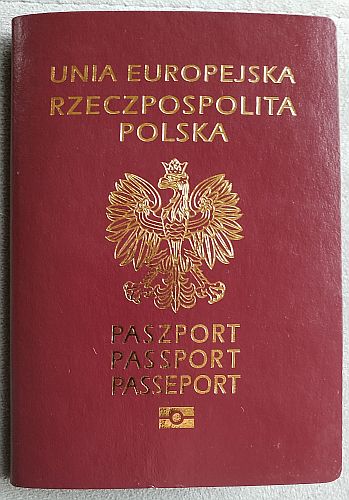 How to confirm your Polish citizenship?

To successfully confirm Polish citizenship through one’s Polish ancestry, the following requirements have to be met:

2. There should be no event of loss of Polish citizenship.

1951-1962
– Accepting citizenship of a different country.
– Children under 13 were losing their Polish citizenship with their parents.
– Living in the territories lost by Poland after World War 2 and being of Russian, Belarusian, Ukrainian, Lithuanian, Latvian, Estonian, or German nationality.
– Choosing foreign citizenship for the children.

1962-2012
– Renouncing Polish citizenship in front of the Polish authorities.
– Children under 16 were also losing citizenship due to the above.

From 2012
– Renouncing Polish citizenship in front of the Polish authorities.

These are the major points that we would like to highlight. They apply in most of the cases, however, the Polish citizenship law is much more complicated and every case needs to be carefully and individually analyzed.

3. You need to have documents that will confirm your eligibility.

What is always needed:
– the birth certificate of your Polish ancestor after whom you are confirming your Polish citizenship – the subsequent vital acts that prove your connection to your Polish ancestor.
– the proof that your ancestors had Polish citizenship – such as their Polish passport, military documents, entries in inhabitant books, notary documents, good conduct attestations, etc. Any kind of document issued in Poland can be valuable.
– documents confirming their emigration, such as ship manifests, etc.
– documents confirming the naturalization date of your ancestors or the lack of naturalization.
– more documents might be required by the Polish authorities depending on your specific case.

4. All the above requirements are met, am I sure to have my Polish citizenship confirmed?

One has to always be aware that the decision on citizenship confirmation is made based on a set of complicated laws and interpretation of the law can vary in different government offices. Also, the interpretation of the law by the court of justice tends to change from one case to another one (Poland does not use the common law system). Moreover, the office responsible for your case will make their own survey regarding your ancestors during which they may discover facts that you were not aware of.

Adam’s oldest son Franciszek turned 18 in 1943. He joined the American army in 1944 and was dismissed from military service after World War 2. He kept his Polish citizenship as both his reserve and active duty were limited to the service in the army of an Allied country during World War 2. His descendants can confirm their Polish citizenship.

Anna was also a teacher but she started her work only in 1952. She married an American citizen in 1953. As the loss of the Polish citizenship due to marriage was in force only till January 1951, Anna kept her Polish citizenship and she passed it on to her children and their descendants.

Please note that your eligibility for the confirmation of your Polish citizenship depends on a much more complicated set of laws that were changing several times during the last 100 years. At the same time, the Polish borders were also changing. We have drawn the major lines to give you an idea of what you can expect. To check your eligibility for Polish citizenship you should always consult a specialist.

Is the confirmation of citizenship equal to obtaining a Polish passport?

What if I’m not eligible for the confirmation of Polish citizenship?

If for any reason the citizenship confirmation will not be possible in your case, you still have two more options that you can consider:

1. The Polish Card (Karta Polaka) – applicable for those who have Polish ancestors, who are connected to Polish culture and heritage, and who speak at least basic Polish.
2. Recognition as a Polish citizen – applicable for those with Polish ancestry or Polish Card who are settled in Poland for at least a year based on a permanent residence permit.

See also: Do you need Polish citizenship to live in Poland?