Below there is the beginning of autobiography of Tad Strójwąs – Rożnowski ‘I am Australian. Of Polish Descent.’ who passed away a few weeks ago. 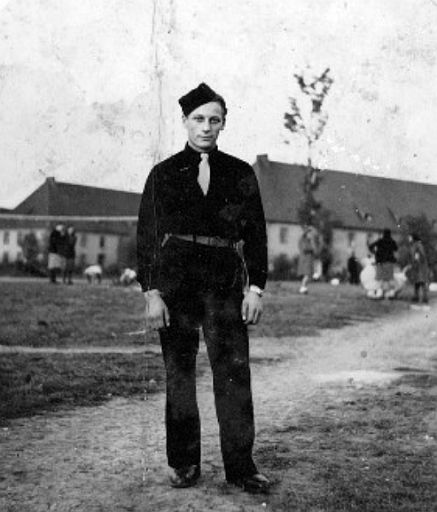 “I was living in Starachowice Poland when World War 2 broke out. German stukas (aircraft) were roaming over the sky and dropping bombs here and there, creating panic amongst the civilian population. Hours later, we were informed over the radio that Poland was at war with Germany and general mobilization was at hand. As Starachowice had an armorments production factory the civilians were panicking that it would be heavily bombed so they began collecting their belongings and moving to outlying villages. Of course as a thirteen year old boy I joined them and took the road to Pakoslaw where my mother lived and guess what happened next …..I ended up in the biggest battle! The Germans completely destroyed the village and yet only one bomb fell in Starachowice.

I think I should have stayed put.

Once the Nazis moved in with their regiments, requisitions started where local residents were moved out of their houses and occupied by German officers. At the age of thirteen I had finished public school and was enrolled in high school, but found myself on the street since the Nazis had closed all high schools and did not allow the higher education of Poles.

Jewish cleansing commenced and I sawJews being forceably loaded into cattle trains. Anyone who resisted was beaten. Since the autumn weather was not favourable many people where being knocked down into the mud and not given any help and generally mistreated.

Once the Nazis finished this task, they began rounding up girls and boys and loading them onto passenger trains to take to Germany as forced labourers. I was one of them and that was the last time I saw my family. (…)”

(Full text of Tad’s autobiography available at https://polishorigins.com/pdfs/tad_strojwas.pdf in a pdf format.)

Tad and Linda contacted me for the first time in 2005. They asked me if I could help them to find Tad’s family. They made several attempts in the past but without much success. Tad was on the stage of his life that he wanted finally to learn about the fate of his parents and sibling and, hopefully, find out how they had lived in the last 60 years when was the last time he was in touch with his father…

At that time I was not doing genealogical research professionally yet and it was one of the first really challenging projects for me.

It wasn’t about tracing family roots of peasants who left Europe for America at the breakthrough of the 19th century.

I took the challenge and after about 3 years of the project which included visiting Tad’s family house in Starachowice and places where he played as a child, conducting dozens of conversations, checking the most unusual sources, we discovered the family in Olsztyn, Poland and in… Chicago, USA.

It was 2008 when we finished the project. Since then we were in constant contact with Tad and Linda.

At the beginning of 2018 I got a message from Linda that Tad passed away shortly before Christmas 2017 at the age of 90.

I thought that if there was anything I could do now it would be to remind people the unusual and brave life of Tad written by himself.

Thank you, Tad, for your friendship. Thank you for the opportunity to work together on uncovering your family history. This project with you was a great adventure with many challenges which made me grow. It was an enormous boost of self-confidence and gave me a better understanding of how meaningful this work can be. Since then I with our team have been relentlessly developing the project of PolishOrigins which has impacted lives of many people and families so far and, I hope, it will influence even more in the future.