My greatest aspiration for over 35 years is trying to identify the birth parents of my great-grandfather Adam Budny.  Not successful with records in the United States or with the Polish website Geneteka, I had to come up with a new tactic, crowd sourcing. I decided it was time to visit the ancestral villages that my great-grandparents lived. Maybe the individuals who lived in the villages were living relatives of my ancestors. Or, were able to provide historical or relevant information that would help me break down my Polish Brick Wall.

It didn’t work. The brick wall got thicker. However, the new added bricks are intriguing. And, just might help in cracking my Polish Brick Wall. 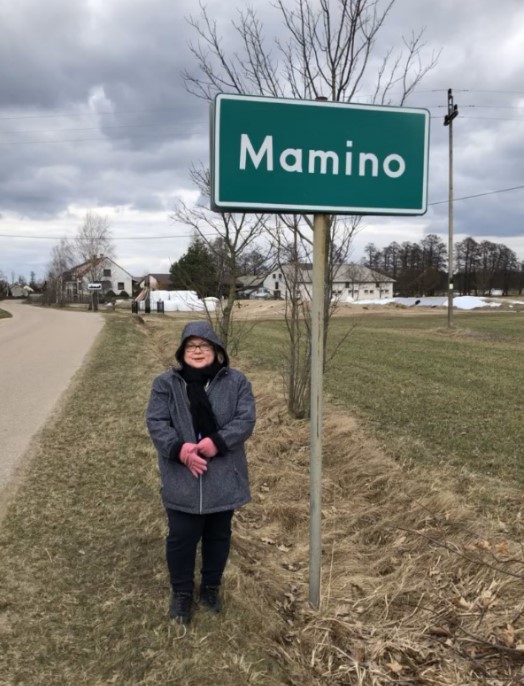 Adam disappeared from his wife and children lives about 1918. The family stories varied and were probably concocted from thin threads of truth as to why he disappeared. Did he abandon his family, return to Poland to settle the family estate, run off with a new lady friend?  Adam left behind seven children, the youngest my grandfather born in 1917. The records found on Adam are limited. None have his parents’ names. No one in the family knows if he had any siblings.

My great-grandmother Marianna (Mary) Budny, nee Borucka, was left to fend for herself after Adam disappeared. She made very little money as a laundress while living in Detroit, Michigan. Her oldest child, Stanley Budny, barely 15 years old; became the breadwinner. His occupation, thief, forager, which is probably why he lied about his age to become a chauffeur. The last car Stanley stole, cost him his life. Being a thief may have been family trait. I heard an interesting story from one of the individuals I met on my genealogy tour with PolishOrigins.

Most that I have discovered about my great-grandparents came through researching Marianna’s brother, Ignacy Franciszek Borucki, also known as Uncle Borke. From his records, I found that the Borucki family came from Mamino, Poland. Adam and Mary had different villages listed on their ship passenger lists. Adam’s was listed as Kołaki, Mary’s. Now known as Kołaki, the village was originally named Kołaki-Zagnałowo.

This would be my first trip to Poland. It’s had been 30 years since I was last in Europe. I knew I didn’t have the ability to do research on my own in Poland. I don’t read or speak the Polish language. Not everyone speaks English in Poland. I didn’t want to drive myself to various villages, or deal with rental car. Since my trip was in March 2019, I didn’t want to experience a snowstorm in a rental car. There was a moment during my trip I thought we were going to get stuck in deep muddy ruts driving on dirt road.

Plus, who would I contact when I went to villages? Did you know that it is customary to enter through the back door in Poland! I would be knocking on the front door forever if I did this research trip solo. I noticed a few homes didn’t even have steps to the front door. Nor, did I want to deal with parish priests and archivists who are said to will an iron fist when it comes obtaining and viewing records. Plus, I am an introvert. I needed someone to fill the role of conversation starter. My PolishOrigins guide, Daniel Paczkowski, was that person. I am pleased that I chose PolishOrigins for my genealogy tour.

My selection process for choosing a tour company was quick. I chose PolishOrigins as I read their Forum page on search inquiries. I had seen their name come up in various Polish genealogy blogs and Facebook forums over the past few years. Reading the testimonials and blog posts from previous PolishOrigins customers, also influenced my decision to use them. Plus, PolishOrigins had prior experience conducting genealogical research in Gąsewo area for one of their previous customers.