Breakfast at Artis hotel today – good but not as good as the last place we stayed. We headed over to the Szebnie parish church near Jaszczew where Zenon talked the priest into opening the old church for us to see. It’s currently in the process if being restored with about 1 year remaining. Beautifully painted interior but most of it dates from the 1900s after our grandfather left. We saw the baptismal font in the new church – dates to about 1815.

Next we went back to Edward Twaróg’s home to fill in names from recent generations in the family tree on Ancestry.com. We enjoyed more food and then Edward started pouring the brandy (yes at 11am!). After a while we excused ourselves and went to the library to meet with Janina Twaróg, author of a Jaszczew town history book that I had bought on the internet a year or so earlier. Although her husband’s surname is Twaróg we determined there is no relation to our family.  She was very gracious and gave us copies of her book (and signed them). We listened as she pointed out various historical artifacts from the village of Jaszczew and she even let us try on some of the old uniforms. 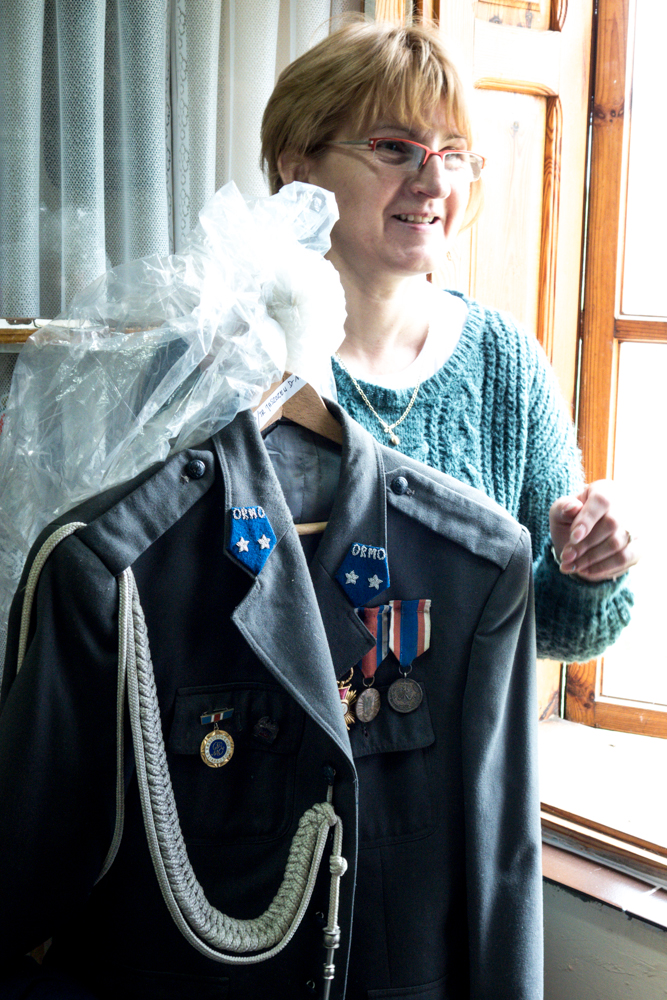 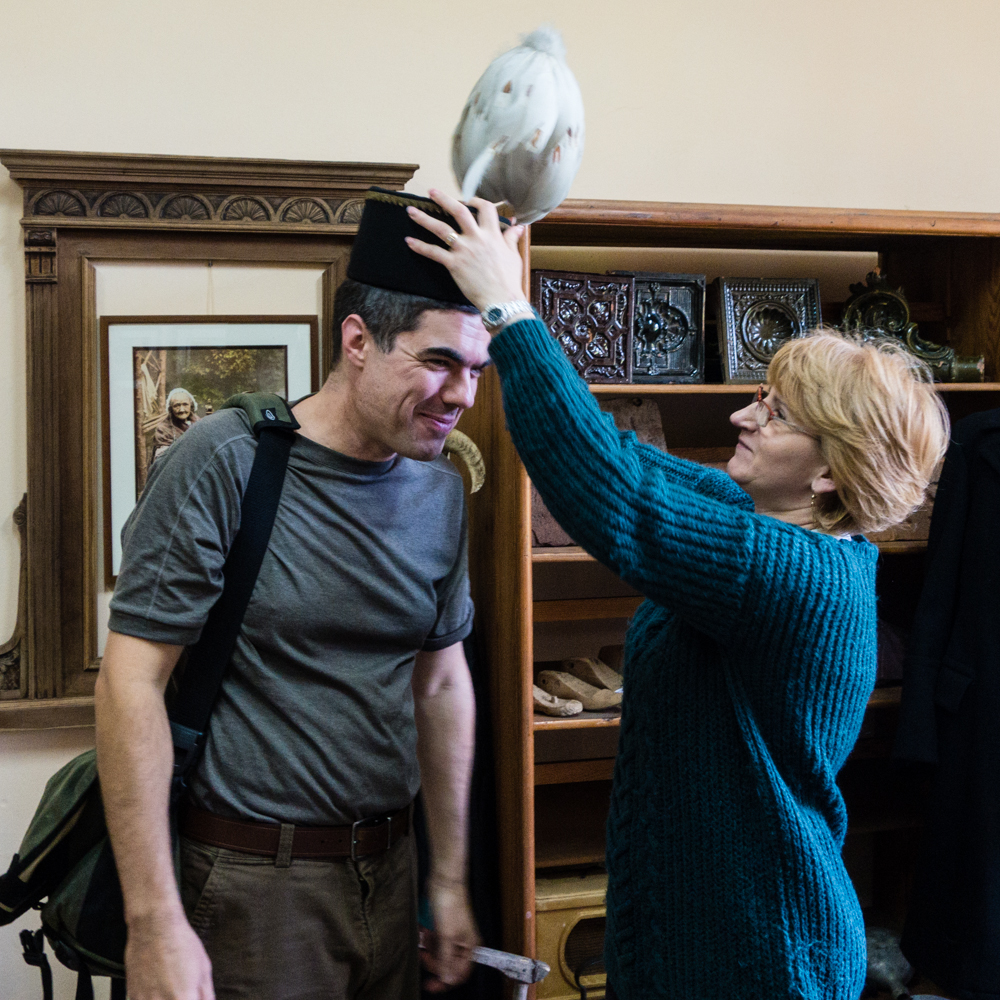 And then the whirlwind of new cousins began. We stopped to pick up Edward so he could escort us to the home of Helena Twaróg, one of the oldest members of the family living in the area. She and her son Marian Moskal welcomed us into their home where Zenon translated conversation and simultaneously entered the new information into my Ancestry tree.

The stay was brief and then we were off to the home of another Marian, Marian Twaróg in this case.  Marian is a 3rd cousin to Mom and although he spoke no English the communication was easy with Zenon helping us.  We stayed about an hour, asking each other various questions, adding more names to the tree, and laughing together.  Marian and his wife Zdzisława served cookies and a wonderful sweet fruit liquer. Marian took an instant liking to my mother and kept insisting that she return in 2 weeks for the first communion of his grandchild!

Soon we were off to meet Marian’s 84 year old sister Wladysława and her family. I think we frightened her and she became very emotional – too many unexpected visitors at once maybe. As we added more names and dates to our tree, Wladysława’s grandsons Nikodem and Mateusz got a chance to practice their English with us. We exchanged email addresses and I promised to send copies of the family tree along with the photos we took together today.  Before we left, Wladysława’s neighbor and daughter-in-law insisted that the 4 of us stop by for some tea. The American visitors definitely are causing a commotion and we’re very popular it seems!

By this time it was past 6pm and we drove cousin Edward back home. He insisted that we come inside for more visiting (and more food!) and although we were tired it was hard to say no. We chatted for a bit and then Marian Moskal showed up explaining that he had gathered many more Twaróg cousins for us to meet and they were all waiting for our arrival. Exchanging tired glances, we realized it would be rude to say no and again we piled into Zen’s car.

It was close to 8pm as we pulled into the dark driveway of this home, and suddenly people emerged from everywhere to greet us. These were the families descended from Michal Twaróg, a nephew of my great grandfather.  We were brought into a tiny room and everyone seemed to be talking to poor Zenon at once, anxious to have their words translated for the American cousins. I counted 10 people besides ourselves and there was no way Zen could keep up with all the conversations. Mom, Mark and I used our few words of Polish and plenty of smiling and did our best to talk with our newly found family. It was overwhelming but exhilarating at the same time.  We shared family photos old and new and did our best to get to know each other in the short time we had.  Zenon was working feverishly to capture all the new names and dates, sitting with each individual as they listed their family.

We finally said our goodbyes close to 10pm and again I made promises to send the photos and the family tree as soon as I could. We made it back to our hotel and each of us collapsed into our beds, exhausted.