The next day, we went to the church at Wysoka Strzyzowska. 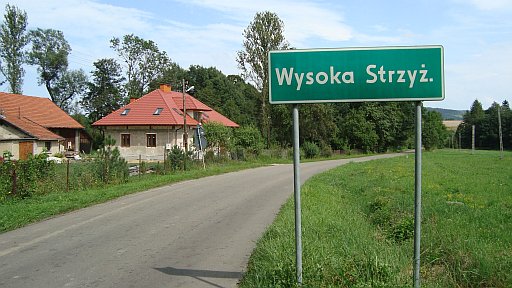 The priest was amiable, ribbing me about my lack of Polish skills. He let us look at the original parish records of births, deaths and marriages, which went back to the early 1800s. The aged books were in remarkably good condition, given that they were over 100 years old and had survived two world wars. After a bit of searching, we hit paydirt. We found the birth record of my great-grandfather Wladyslaw, his siblings, his parents and forefathers. All told, I was able to trace ancestry back to the late 1700s, discovering three earlier generations about which I had known nothing.

But an even better surprise awaited us. With a more extensive family tree under our belts, we called in at the shop in Wysoka about living Wlodykas. The good news was that many Wlodykas in Poland were living in the surrounding area. The challenge was that there were many Wlodyka families to sort out. A series of housecalls followed — a Wlodyka family down the road, then another, then another — all to no avail. One family showed us their elaborate genealogy, but we had no connection. The fifth house brought us to the village leader (soltis), a thoughtful Wlodyka woman with a twinkle in her eye. As Zenon went through the liturgy of Wlodyka names and marriages, I could see her considering and thinking about the information. Yes, some names resonated with her. She then spoke of some people that we found in the church records. We hadn’t told her about these, and, upon further discussion, it became clear that she and I were indeed related. We both descend from a farmer named Stanislaw Wlodyka, born c. 1820 in Wysoka. She even phoned a removed cousin in Rzeszow, who is the first cousin of my grandmother. As a nice bonus, it turned out that Zenon and her husband were related as well.

Such a great discovery! My Wlodyka kin lives where my great-grandfather Wladyslaw was born (1884), as was his father Antoni in 1852. A cottage still stands, the home of the Wlodykas, dating to at least 1850.

I never thought that I would find my Polish relatives, let alone relatives still living on family lands. I took a while to soak in the soothing rural atmosphere before retiring for the day. Zenon and I stopped by the house on the following day, where some more family members gathered to meet and greet us. I showed them the genealogy that I had put together, and exchanged email addresses. We now stay in contact, and I have sent them a large diagram that shows the Polish and American branches, updated to include the findings from my trip. 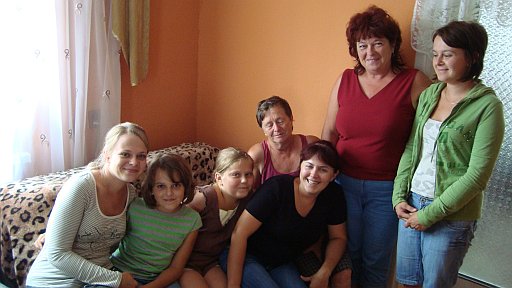 Zenon and I then followed up with the Niemiec research. We went to the nearby church in Dobrzechow, and searched through the records. Again, remarkably preserved books. Success here as well — records for my great-grandmother, her siblings, parents and ancestors. As with the Wlodyka side, I was able to extend my Niemiec records back to the late 1700s. Time did not permit me to return to Kozlowek to look for relatives again. I had to press on, returning to Krakow, a side trip to Auschwitz, and then on to Slovakia and Hungary.

Obviously, a wonderful trip. Zenon provided great service, and I couldn’t have done this without him.