Word tends to travel quickly in small towns and villages. Often our guests are not prepared for what they will experience during their Genealogy Tour when all their previous plans and roadmaps get altered by people they meet and new discoveries they make.

One of our recent guests, Peter Wollinski, probably did not suspect that local media from the area of his ancestral homeland will learn of his visit even prior to him setting his foot in Poland. And that they will want to interview him.

Peter conducted his genealogy research years back and contacted us to organize a guide who would take him to the towns and villages of his ancestors. Although he visited the area in 2013 on his own, he felt that more can be discovered. And he was right. 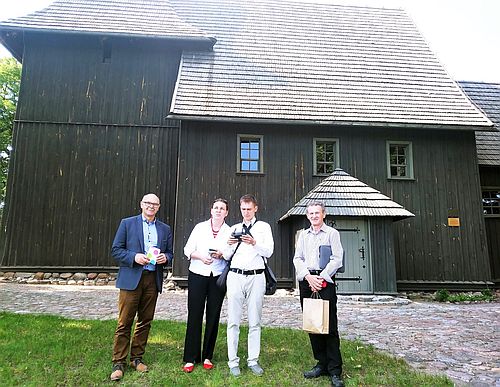 From the start, his tour was focused on learning more about the history and culture of the area back from the times of Peter’s ancestors. We contacted and scheduled meetings with several local passionates – historians, teachers, activists – from each place of his interest. The word spread around and reached local media. After all, not every day an Australian with local roots comes to visit from across the globe. Peter stated several times that he is just “an ordinary person” and was humbled by their interest but agreed to give an interview.

As you can learn from his talks with the journalists (if only you know Polish!), Peter’s interest in his family roots sparkled 8 years ago when he started asking his father about family history. To his surprise, Peter learned that he has Jewish roots, which he did not know throughout his whole life. Up to that moment, he considered his father to be of German ethnicity and of Lutheran faith. 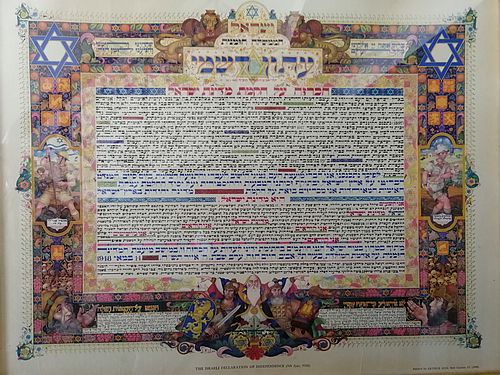 Werner Wollinski was born in 1921 in Wągrowiec in a Jewish family that lived in the area for decades. His father Hermann was born in Łekno, while his grandfather Wolff came from the nearby town of Gołańcz. The Wollinski family left Poland soon after Werner’s birth and settled in a German town of Züllichau, later moving on to Berlin. Just two weeks before World War II erupted, Werner left to Denmark and then to Australia thanks to the Australian Jewish Welfare Society. He traveled for 6 weeks through Indonesia and after settling in Australia, he converted to Lutheranism. The rest of the family, except for one of his uncles, have stayed in Germany and perished in the Holocaust. 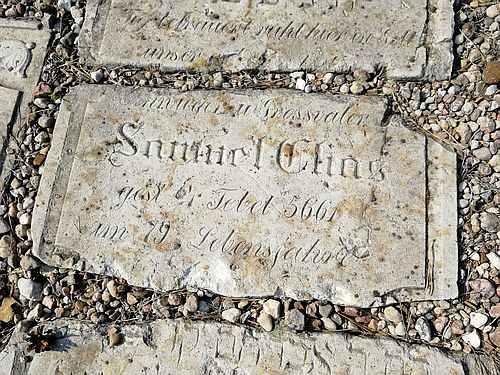 Peter spent 3 days traveling with our guide Mateusz through Greater Poland around towns and villages of Wągrowiec, Łekno, Gołańcz as well as other places connected with his father’s family. He met with Alicja Kobus, the chairman of the Jewish Religious Community in Poznań, Piotr Pojasek, a regionalist from Wronki, responsible for recovering and restoring Jewish tombstones from the area (including the tombstones of Samuel and Rochen Elias, Peter’s great grandparents) and with many other locals willing to share their knowledge about the area. There were visits to the former family addresses, museums, cemeteries, former Jewish quarters and other places connected with Jewish history in the region.

In the end, even a mayor of the local gmina (administrative unit similar to municipality) came to pay a visit!

You can see the full article about Peter’s visit here: https://oknonawagrowiec.pl/australijczyk-znajduje-u-nas-na-slady-swoich-przodkow

And here is a short video made by our guide Mateusz with his flying drone-friend during the tour: